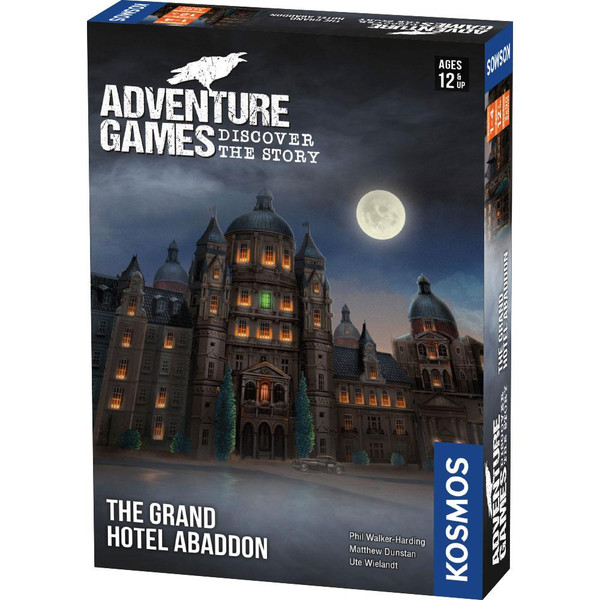 It's been a long year, and you’ve been looking forward to a nice, relaxing vacation at the Grand Hotel Abaddon. But what started out as a quiet retreat has become something else entirely. Strange things have been happening all around you. Could ghosts be behind these mysterious incidents, as the other guests and hotel staff seem to believe, or is there a more rational explanation?

The Grand Hotel Abaddon is a cooperative adventure game, played over three chapters. During the game, the choices you make determine what happens next. Explore the hotel, question guests, investigate rooms, and wander hidden passageways. Each player takes on a different role, cooperating to uncover hidden secrets. Only by working together will you be able to solve the mystery of the Grand Hotel Abaddon. With multiple possible endings, your choices will decide how the story ends!

+ Similar to a PC adventure game, players have to explore spaces, combine items, find clues, talk to people and make the right choices to win the game.

+ A cooperative board game with simple rules played in three chapters for players 12 years and up.

The Alamo The Atom Brick